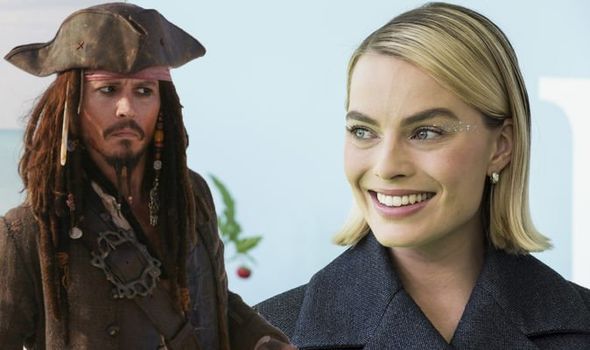 PIRATES OF THE CARIBBEAN has been left a little up in the air over the past few years following the end of the fifth film in the franchise, as Johnny Depp’s role in the series has not been confirmed just yet. In the mean time, Margot Robbie has confirmed her involvement in an upcoming sequel that is in the works at Disney.

Elvis Presley: The only actress who DIDN’T want to kiss The King – His reply was fantastic

WandaVision end credits scenes explained: What they mean for Doctor Strange 2 and more

Why has Faye got a new partner on Dancing on Ice?

- March 6, 2021
0
DANCING ON ICE has had a tumultuous series to say the least with injuries galore and the coronavirus forcing contestants and dancers alike to...

PS4 Console: The big games NOT coming to PlayStation 4 – Sony saving these...

Pirates of the Caribbean reboot risks failure without Johnny Depp