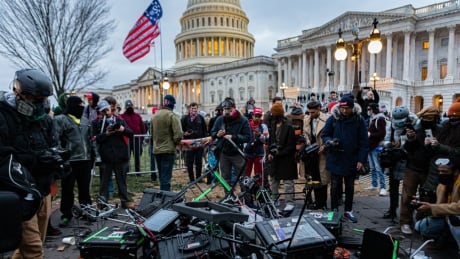 A global pandemic, anti-racism protests and a turbulent U.S. presidential election had Americans glued to their screens in 2020, but as people consumed more news, they began to trust media less, surveys suggested. The CBC documentary Big News takes a look at why the public lost faith in the media and the consequences of that distrust.