Since losing Al Horford, the Boston Celtics have been active on the market, searching for a defensive-minded big man. The Celtics may have successfully acquired Tristan Thompson in the 2020 free agency but with his current performance, he’s clearly not the player that would help the Celtics fill the Horford-sized hole in their frontcourt.

However, had they made a different decision in the 2020 offseason, the Celtics could have a gotten a young and promising big man who possessed a similar skillset as Horford in Indiana Pacers center Myles Turner. 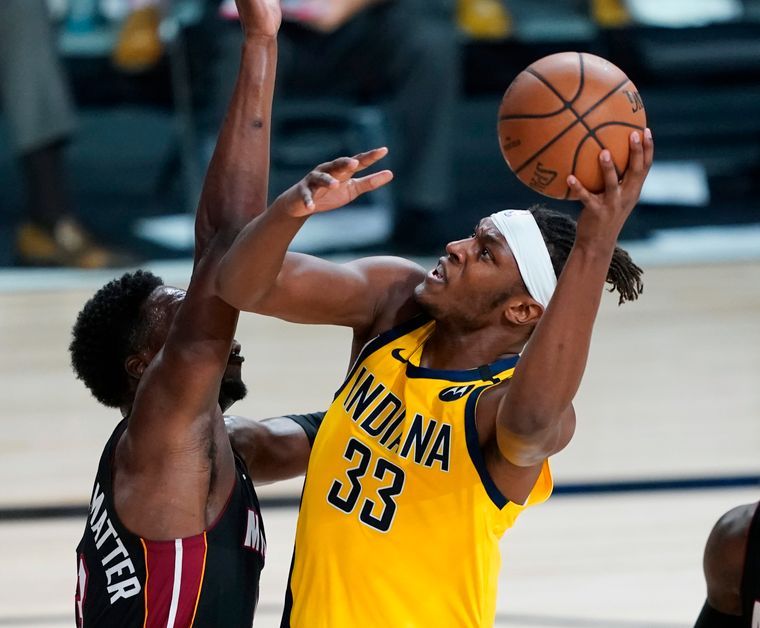 Before they officially agreed to send Gordon Hayward to the Charlotte Hornets in the 2020 free agency, the Celtics were heavily engaged in a sign-and-trade negotiation with the Pacers involving Turner. According to Rodger Sherman of The Ringer, the Pacers have expressed willingness to send Turner and Doug McDermott to the Celtics in exchange for Hayward.

Unfortunately, the Celtics didn’t think that the Pacers’ offer was enough and reportedly urged them to replace McDermott with either Victor Oladipo or TJ Warren.

Aside from the Pacers’ refusal to meet their demand, another reason why the sign-and-trade deal between Boston and Indiana failed to materialize was because the Celtics didn’t think that Turner was that good. In an appearance on The Lowe Post podcast, Zach Lowe of ESPN revealed that Celtics president of basketball operations and general manager Danny Ainge asked around the league regarding Turner’s trade value and found out that it was lower than what the Pacers were making it seem.

As of now, the Celtics must have been regretting their decision not to trade Hayward for Turner in the 2020 offseason. Acquiring Turner alone in exchange for Hayward would have been enough to change their fate in the 2020-21 NBA season. Turner is more than capable of filling the Horford-sized hole in their frontcourt.

He would have given them an All-Star caliber big man who is a very reliable scoring option under the basket, a great rebounder, passer, rim protector, and floor-spacer. Also, at 25, he perfectly fits the timeline of Celtics’ franchise cornerstones Jayson Tatum and Jaylen Brown.

Other ‘Almost Ainge All-Stars’ This Season

Turner isn’t the only All-Star caliber player who could have been playing for the Celtics in the 2020-21 NBA season. Earlier this season, the Celtics were also engaged in a blockbuster deal with the Houston Rockets involving James Harden. However, the Celtics passed on the trade after the Rockets demanded a package centered on Brown.

Meanwhile, before the 2021 trade deadline, the Celtics were emerging as the frontrunners to acquire Nikola Vucevic and Aaron Gordon. However, instead of obtaining those two, the Celtics only ended up getting Evan Fournier from the Orlando Magic.

Windows 10: Microsoft wants to know EVERYTHING you’re doing, and this is the reason...

- April 19, 2021
0
MICROSOFT wants to know how you're using its immensely popular Windows 10 software - so it can make some changes to your operating system...

- April 19, 2021
0
SKY has a feature-packed new update, which not only brings new tricks to the Sky Q set-top box underneath your telly but also improves...