In the past offseasons, there have been numerous calls for the Portland Trail Blazers to break up their explosive backcourt duo of Damian Lillard and CJ McCollum. Lillard and McCollum may be one of the best backcourt tandems in the league but in the years that they played together in Portland, their only greatest achievement was reaching the Western Conference Finals in 2019 where they were easily swept by the Golden State Warriors.

If they suffer another huge disappointment in the 2020-21 NBA season, the Trail Blazers may finally consider trading one of their superstar guards this summer. 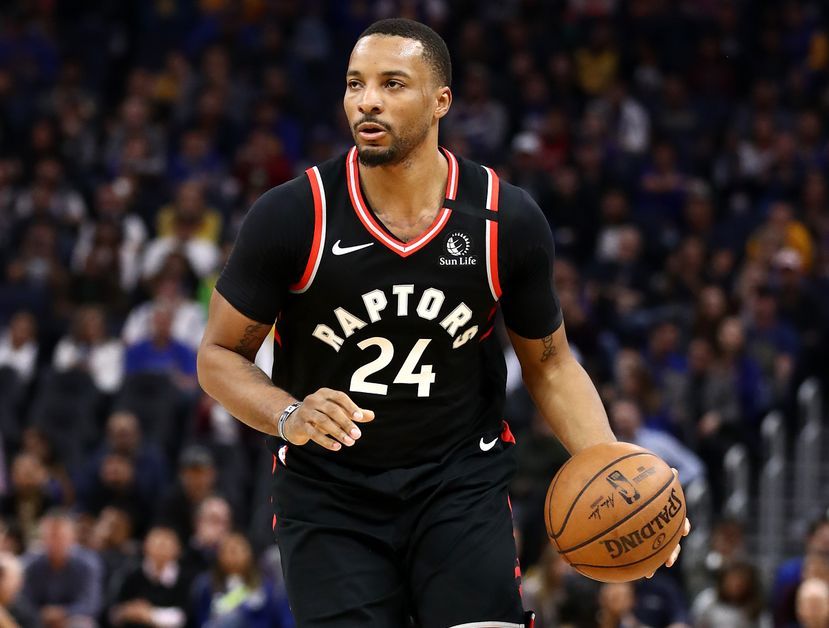 If the Trail Blazers would be forced to choose, they would likely prefer to keep Lillard and trade McCollum in the 2021 offseason. McCollum may be an All-Star but unlike Lillard, he’s still not capable of leading his own team. In a recent article, Stevie Cozens of Fansided’s Rip City Project further explained why trading McCollum this summer makes a lot of sense for the Trail Blazers. Cozens said that the arrival and emergence of Powell made McCollum expendable in Portland.

Powell continues to impress since the Trail Blazers acquired him from the Toronto Raptors before the 2021 trade deadline. In 11 games he played as a Trail Blazer, he’s averaging 17.2 points, 3.4 rebounds, and 1.5 steals while shooting 45.0 percent from the field and 38.3 percent from beyond the arc, per ESPN. Though he’s not an All-Star, Cozens believes that Powell is capable of filling the huge hole that McCollum would be leaving on the offensive end of the floor while giving them the much-needed improvement in their defense.

“Though Powell isn’t as good a player as McCollum, his fit is still great with Lillard, and he will earn $ 10 million less even if he gets a $ 20 million a year extension. McCollum’s money could be reinvested in a forward, and then the Blazers would likely be better defensively, with Powell providing an upgrade on that end with his strength and big six-foot-eleven wingspan.”

Portland Could Trade CJ McCollum For A Forward

Once he becomes officially available on the trading block, several teams that are in dire need of a backcourt boost and an additional star power on their roster are expected to express a strong interest in acquiring McCollum in the 2021 offseason. According to Cozens, the Trail Blazers should consider pursuing an All-Star caliber forward in the potential deal involving McCollum.

Some of the ideal trade targets for the Trail Blazers are Tobias Harris of the Philadephia 76ers and Khris Middleton of the Milwaukee Bucks.

CJ McCollum Would Welcome A Trade To Sixers Or Bucks

McCollum may not have shown a strong indication that he’s no longer happy in Portland, but he would definitely be intrigued by the idea of being traded to a legitimate title contender like the Sixers and the Bucks. Instead of being stuck on a mediocre team like the Trail Blazers, joining forces with Ben Simmons and Joel Embiid in Philadelphia or Giannis Antetokounmpo and Jrue Holiday in Milwaukee would give him a realistic chance of reaching the NBA Finals and winning his first NBA championship title.

- May 10, 2021
0
NCIS NEW ORLEANS' seventh and final season just has two episodes left after this week, but some fans may be too scared to tune...