The New Orleans Pelicans are one of the rebuilding teams that are expected to try speeding up their timeline in the 2021 offseason. With the improvements shown by Brandon Ingram and Zion Williamson, the Pelicans could be planning to make moves that could turn them into a legitimate playoff contender in the loaded Western Conference next season.

Having a plethora of young players and future draft assets, the Pelicans would be in a strong position to engage in a blockbuster deal this summer. 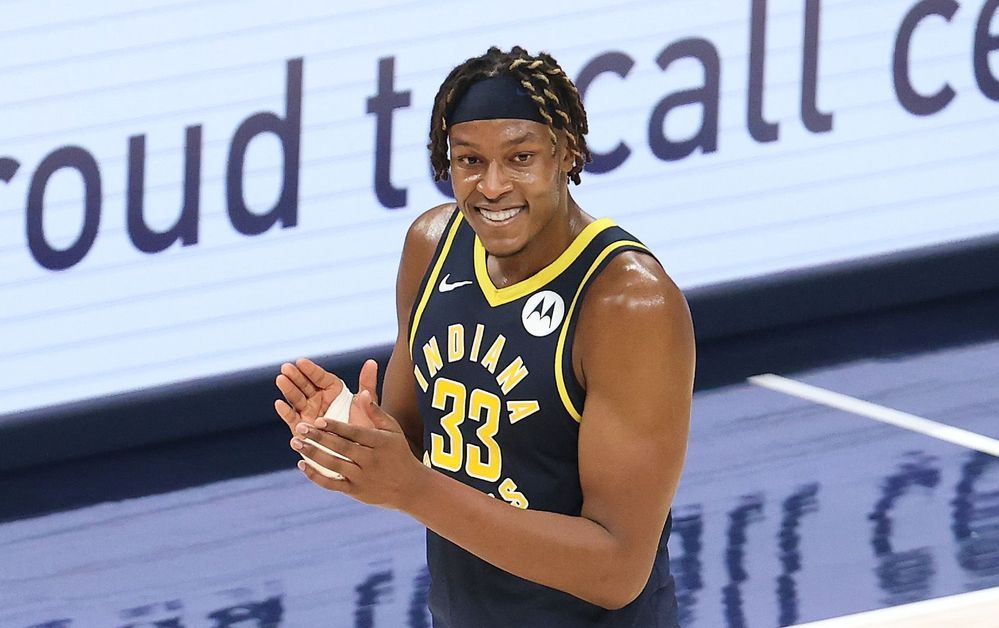 One of the ideal trade targets for the Pelicans in the 2021 offseason is Myles Turner of the Indiana Pacers. In a recent article, Brett Siegel of NBA Analysis Network talked about Turner and his future with the Pacers. The Pacers are yet to make Turner officially available on the trading block but with the emergence of Domantas Sabonis in Indiana, some people believe that they could explore moving him this summer, especially if they are presented with an intriguing offer.

Should they start entertaining offers for their big man, Siegel believes that the Pelicans would be one of the teams that would pursue Turner on the trade market.

Turner would undeniably be an incredible acquisition for the Pelicans. Aside from the fact that he perfectly fits the timeline of Ingram and Williamson, he would also bring a significant improvement with their performance on both ends of the floor, giving them a very reliable scoring option under the basket, a great rebounder, shot-blocker, and floor-spacer.

In the proposed trade deal that would send Turner to New Orleans, Siegel suggested that the Pelicans could use Steven Adams as a trade chip.

“If the Pelicans are to strike a deal with the Pacers for Myles Turner, they will need to free up some cap space, which is why they could potentially either look to move Steven Adams to the Pacers in return or bring in a third team to this deal to free up some cap space, especially with Lonzo Ball being a free agent and New Orleans wanting to bring him back. Keep in mind, New Orleans has been linked to Turner in NBA trade rumors before.”

With the logjam in their frontcourt and his questionable fit alongside Sabonis, it wouldn’t really be a surprise if the Pacers decide to trade Turner in the 2021 offseason. However, the Pacers are highly unlikely to accept a trade package that just includes Adams. If they are serious about acquiring Turner, the Pelicans should be willing to give up a combination of a young player and a future first-round pick.

An offer that involves Jaxson Hayes and an unprotected future first-rounder may be enough to convince the Pacers to send Turner to the Pelicans this summer.

- May 10, 2021
0
Larsa Pippen is all coconut cocktails for her poolside photo op, and she chose a killer white string bikini to wow her 2 million...