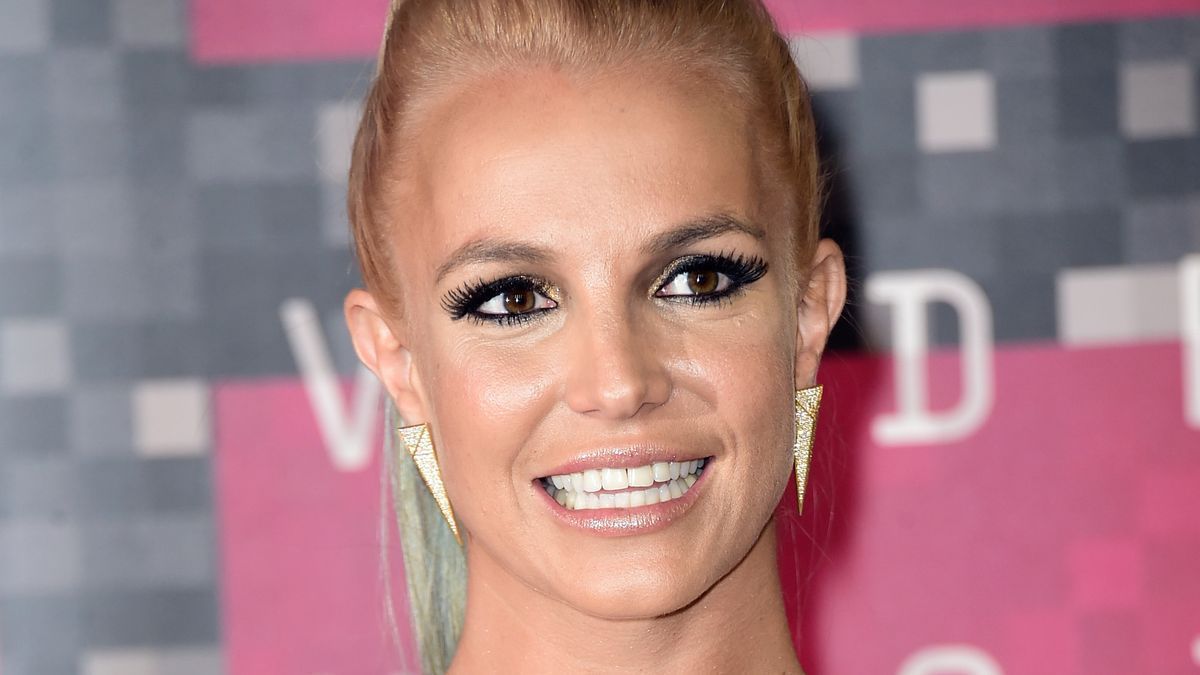 Britney Spears today got called a “lioness” as boyfriend Sam Asghari shared a stunning bikini kiss moment with his 39-year-old girlfriend. The pop princess, a mom to sons Jayden James and Sean Preston, stayed quiet on her own social media, but 27-year-old Sam was quick to shout out the “Toxic” singer on his Instagram stories. On Sunday, personal trainer Sam uploaded a sun-drenched photo of the hit-maker kissing him while bikini-clad, and he only had good things to say for the woman he’s been dating since 2016. Check it out below. 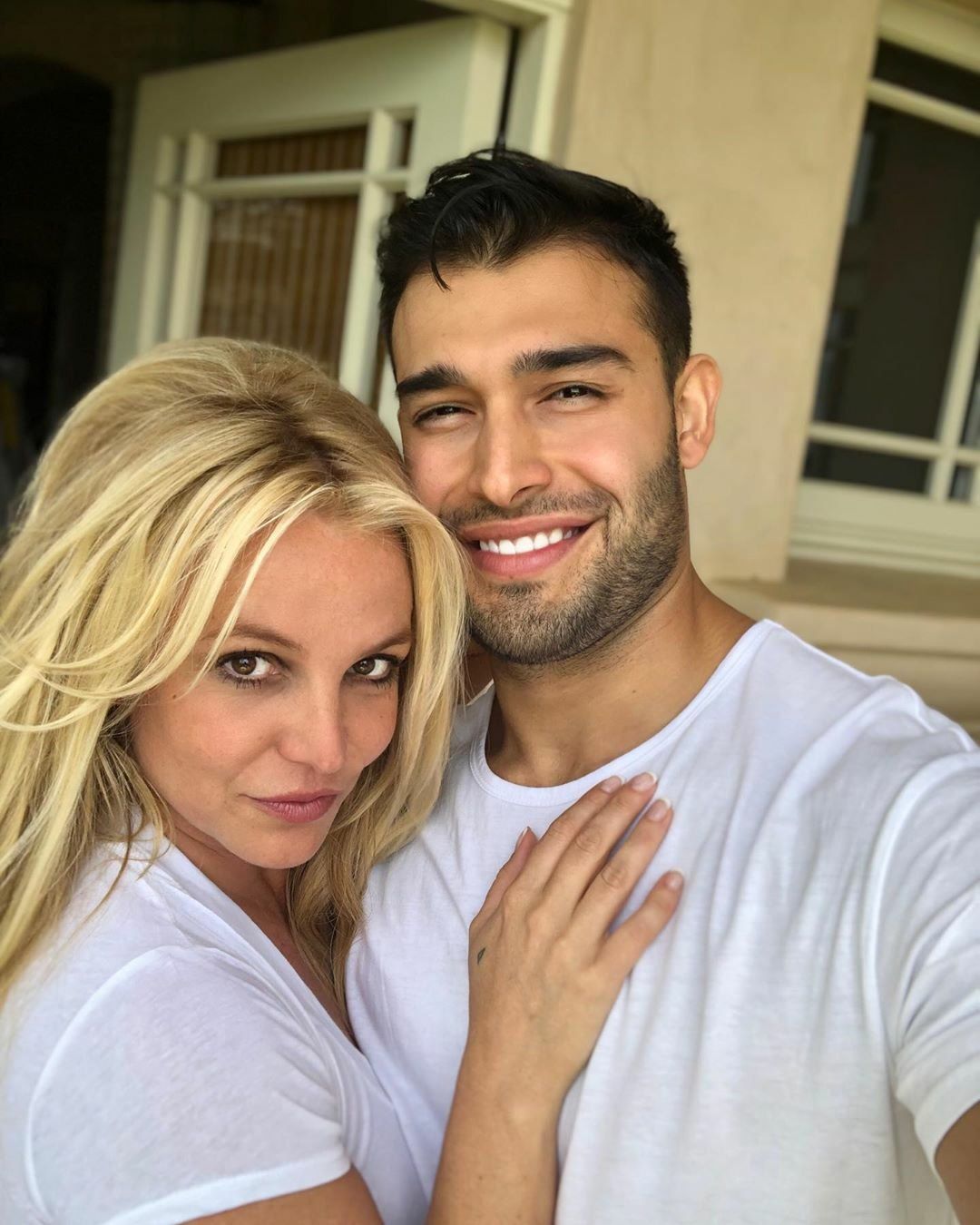 Scroll for the photo. Britney, whose legal messes with ex Kevin Federline see her with only 30% custody, while he gets 70%, is rarely photographed with her sons, although she did this year confirm she has “beautiful” kids as she stated being “happy” amid her docu drama and ongoing battles with 68-year-old dad Jamie Spears.

The photo, possibly a throwback, showed the Grammy winner shot close up as she planted a kiss on Sam’s cheek, with Sam seen shirtless and snapping the couple in selfie mode.

See The Photo Below!

Britney, all sun-kissed, blonde, and with closed eyes, was rocking a blue snakeskin bikini top, showing off her toned shoulders and golden tan. Sam took to his caption, shouting out Spears and writing: “Happy Mother’s Day to my lioness @britneyspears.”

Britney’s sons are 14 and 15, this year appearing in a rare masked photo with their mother, one she shared on Instagram during a summery outdoor hike. Fans have been wondering if Britney is enjoying time with her sons, with a source dishing all.

Scroll For The Rare Photo! 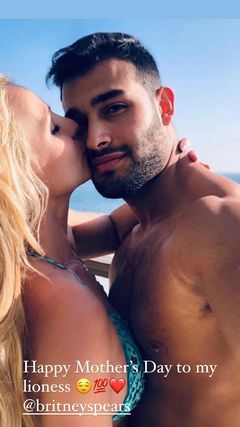 Earlier this year, a source close to Britney reported to Hollywood Life, confirming that the singer is, indeed, spending time with her boys.

“Britney has seen her boys a lot lately,” they revealed. “She feels lucky to have any time together because they are getting older. The boys are at that age where they really love to be with their friends and that’s who they spend a lot of their free time with, and Britney gets that.”

See the rare hike shot and more photos below.

Sees Them ‘Once A Week’ 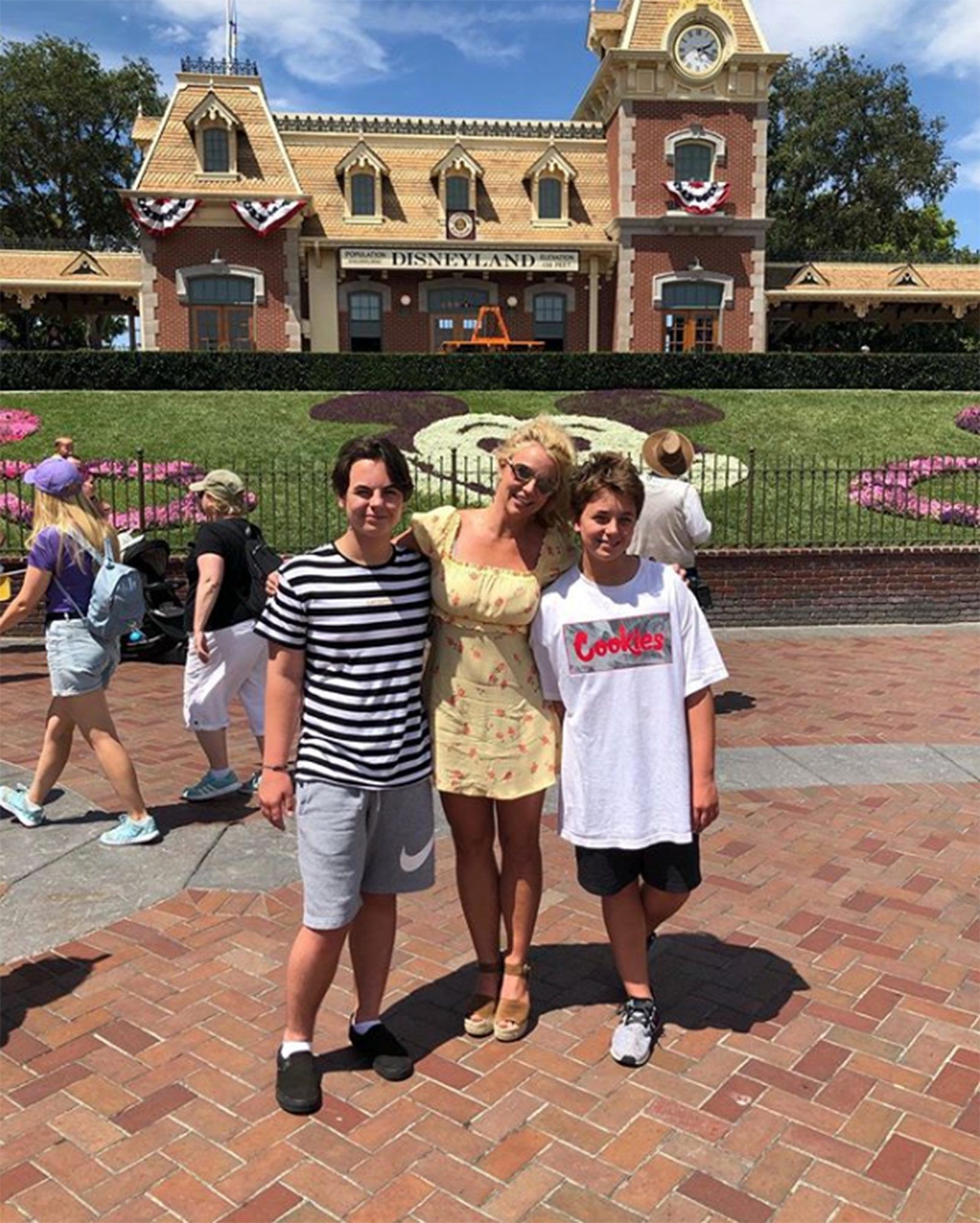 Spears, who was caught by the paparazzi with one of her sons during a March Starbucks run, one also seeing Sam accompany her, is said to be seeing her sons on a weekly basis.

“They are making sure to come by once a week,” the source added, “and that is the highlight of her week and they visit and hangout. Britney loves to be athletic with them and just catch up on school and life. They’re total boys. They still stay at their father’s house which is a truly stable place for them.”

England must avoid Iceland repeat vs Scotland – only one Scot gets into England’s...

The Beatles: Paul McCartney was arrested and went to Japanese prison after drug charge