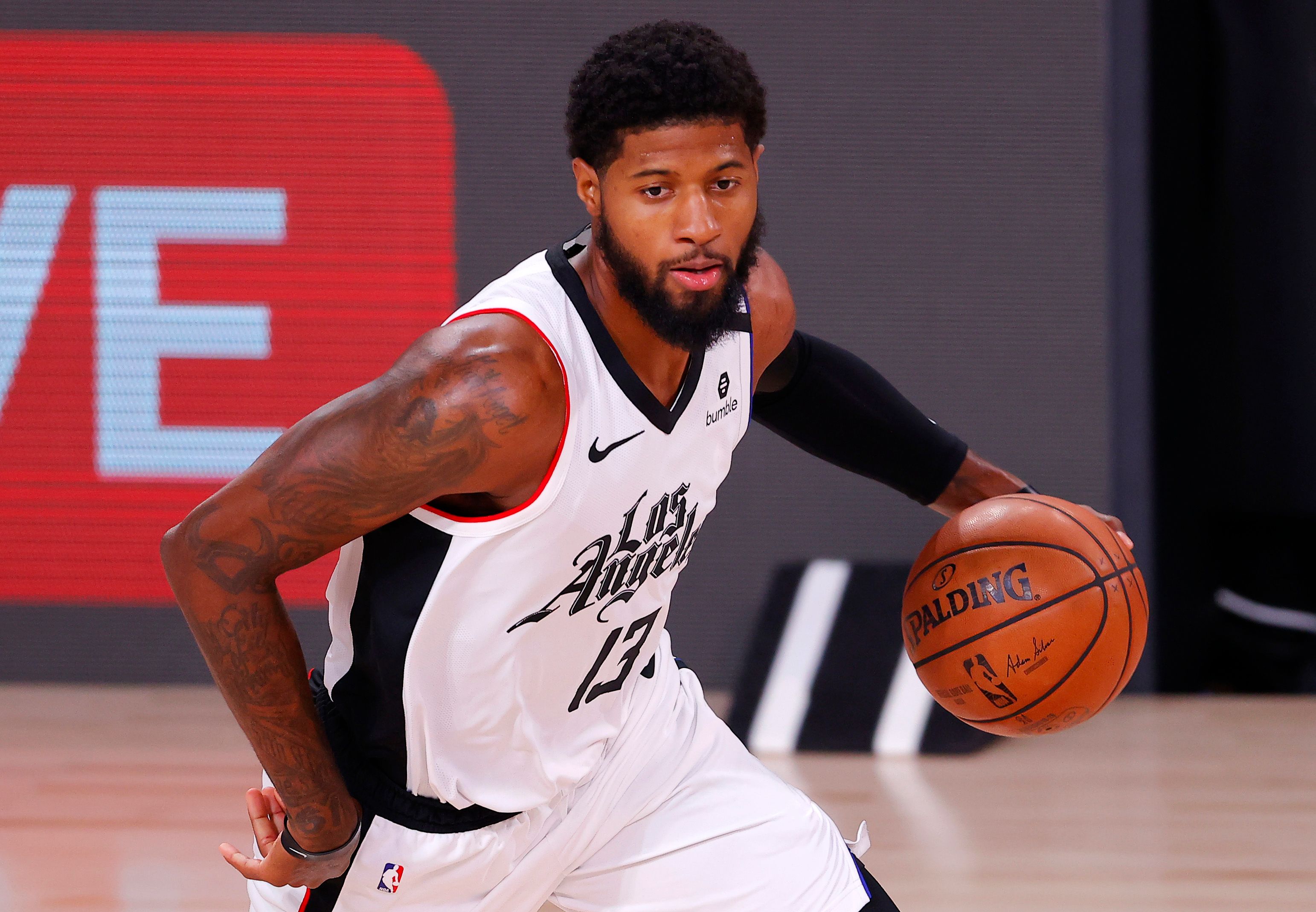 Since being eliminated in the 2021 NBA Playoffs, rumors have been continuously swirling around All-Star point guard Ben Simmons and his future with the Philadelphia 76ers. After taking most of the blame for their failure to win the NBA championship title this season, most people believe that the Sixers would be parting ways with Simmons this summer.

However, the Sixers aren’t going to trade their second-best player just for the sake of getting him out of the City of Brotherly. If they move Simmons, it would be in a deal that would enable them to replace him with another All-Star who would complement Joel Embiid on the court. 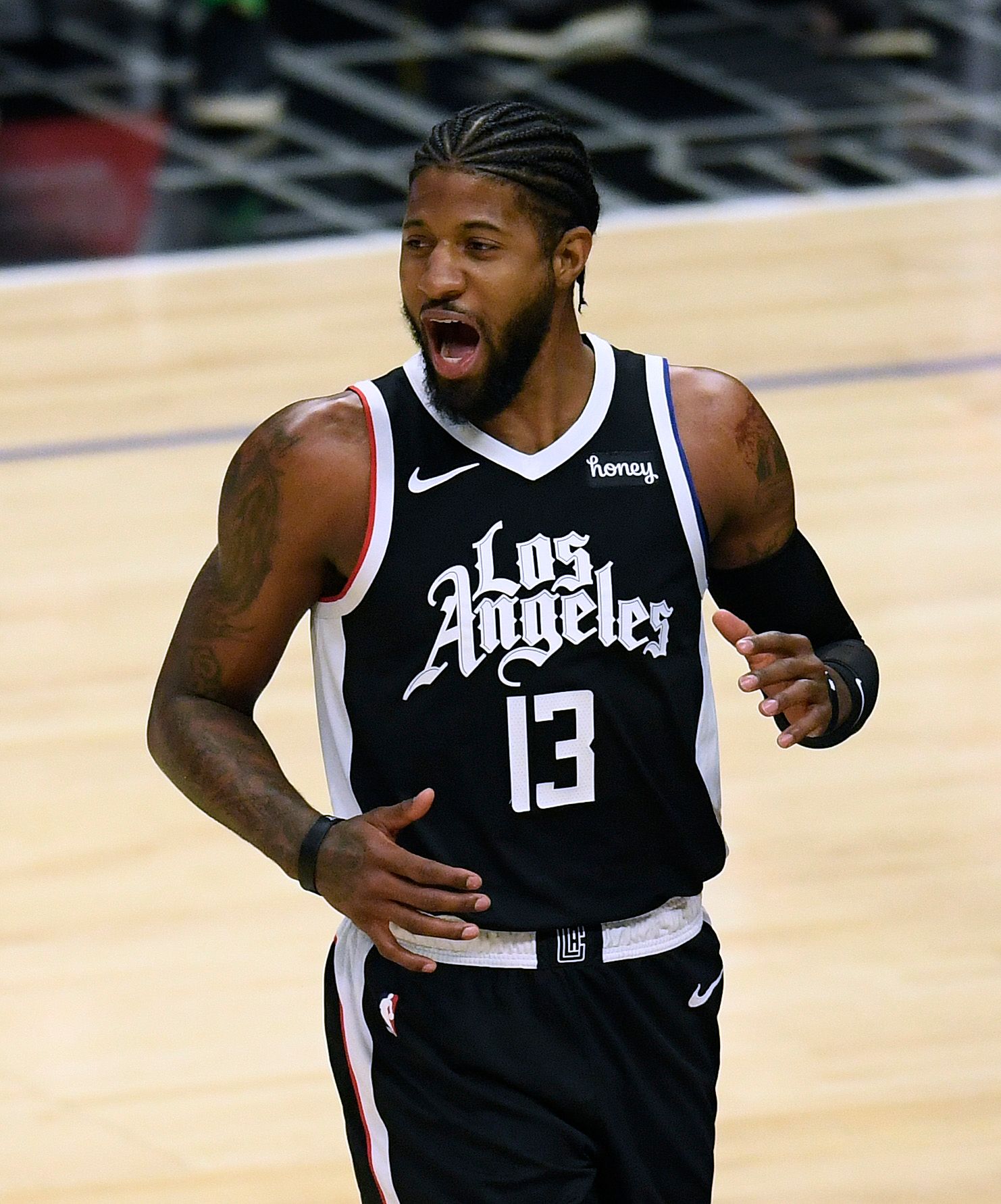 One of the most intriguing trade targets for the Sixers in the upcoming offseason is All-Star small forward Paul George of the Los Angeles Clippers. The Clippers are yet to make George officially available on the trading block but if they decide to listen to offers for him, Greg Patuto of NBA Analysis Network believes that the Sixers should give their front office an immediate call.

To acquire George, Patuto suggested that the Sixers could offer a trade package that includes Simmons, Tyrese Maxey, George Hill, the No. 28 pick in the 2021 NBA Draft, a 2023 first-round pick, and the rights to swap first-rounders in 2022 to the Clippers. 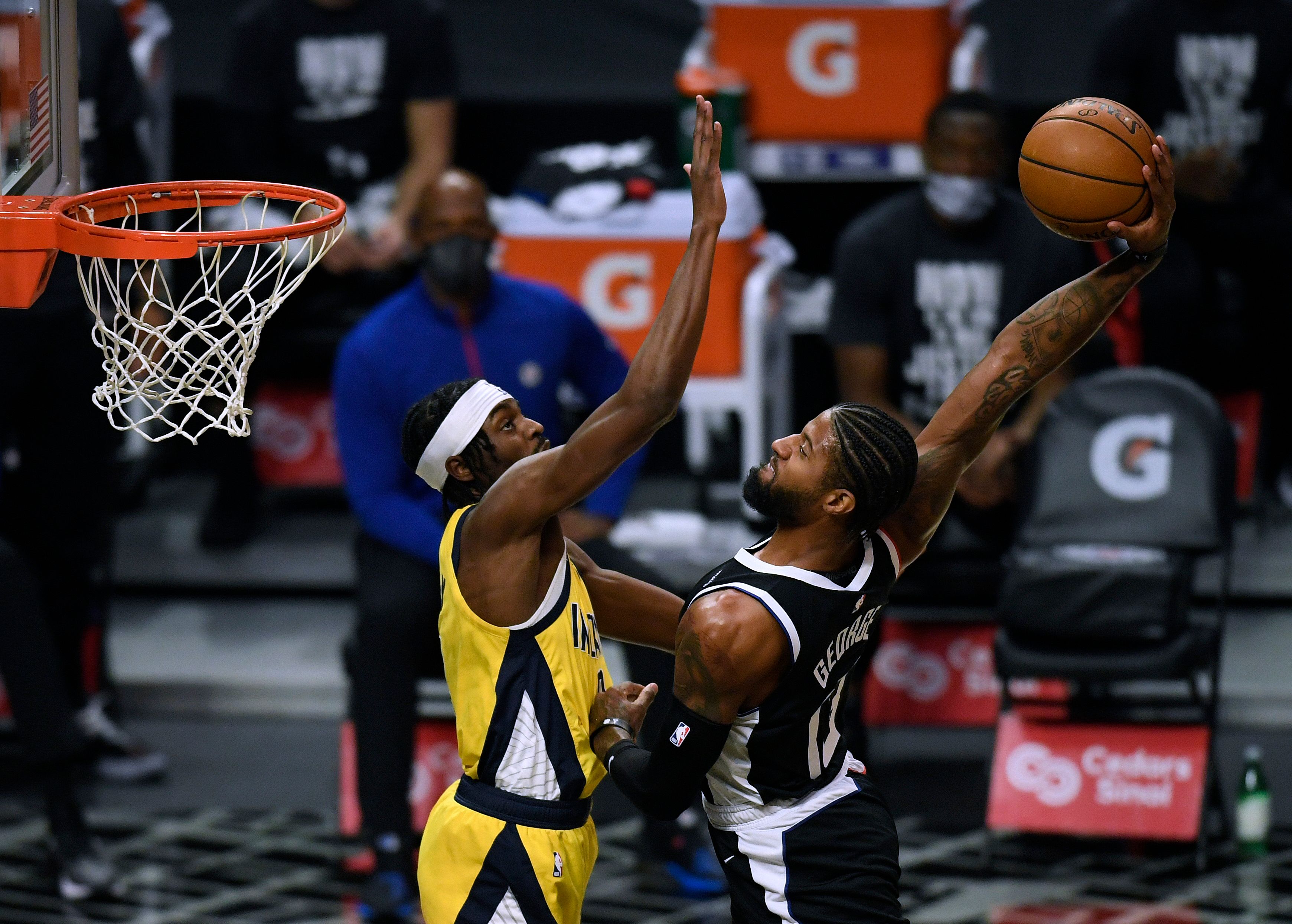 Though it would cost them a young and promising talent in Maxey and draft picks, swapping Simmons for George would make a lot of sense for the Sixers, especially if they are serious about maximizing the championship window of Joel Embiid. In George, the Sixers would be getting a more established superstar who is capable of spacing the floor for Embiid.

Having a superstar running mate who could knock down shots from beyond the arc would allow Embiid to focus more on punishing opponents under the basket. 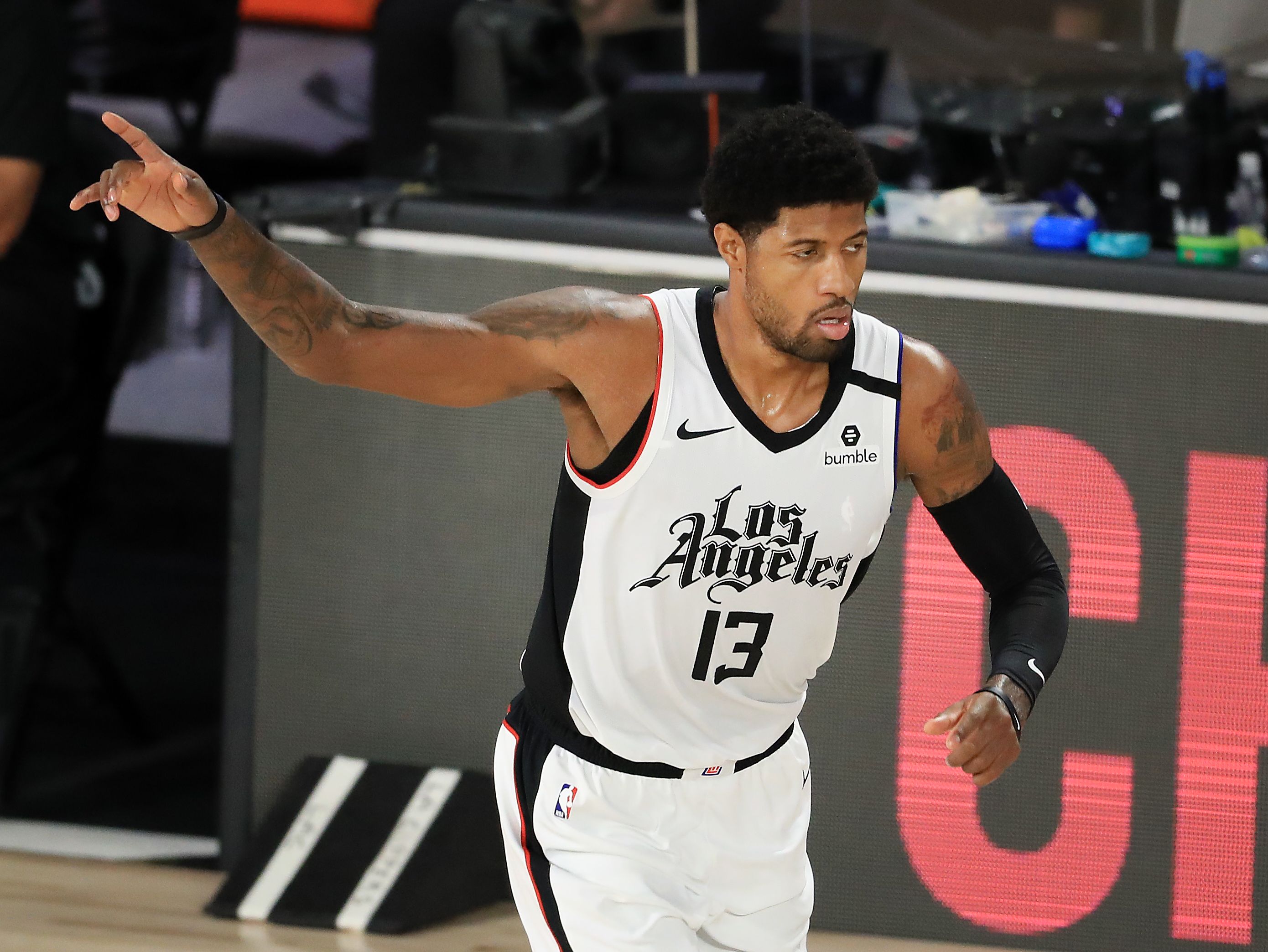 The Sixers won’t miss Simmons at all since George could do almost everything he does on both ends of the floor. Like Simmons, George is also a very reliable scoring option, a great on-court facilitator and rebounder, and could be tasked to guard the opposing team’s best player. This season, the 31-year-old small forward averaged 23.3 points, 6.6 rebounds, 5.2 assists, and 1.1 steals while shooting 46.7 percent from the field and 41.1 percent from beyond the arc, per ESPN.

If George, Embiid, Tobias Harris, and Seth Curry mesh well and manage to stay away from any major injury, the Sixers would become a tougher team to face in a best-of-seven series next season.

Why The Clippers Would Make The Trade 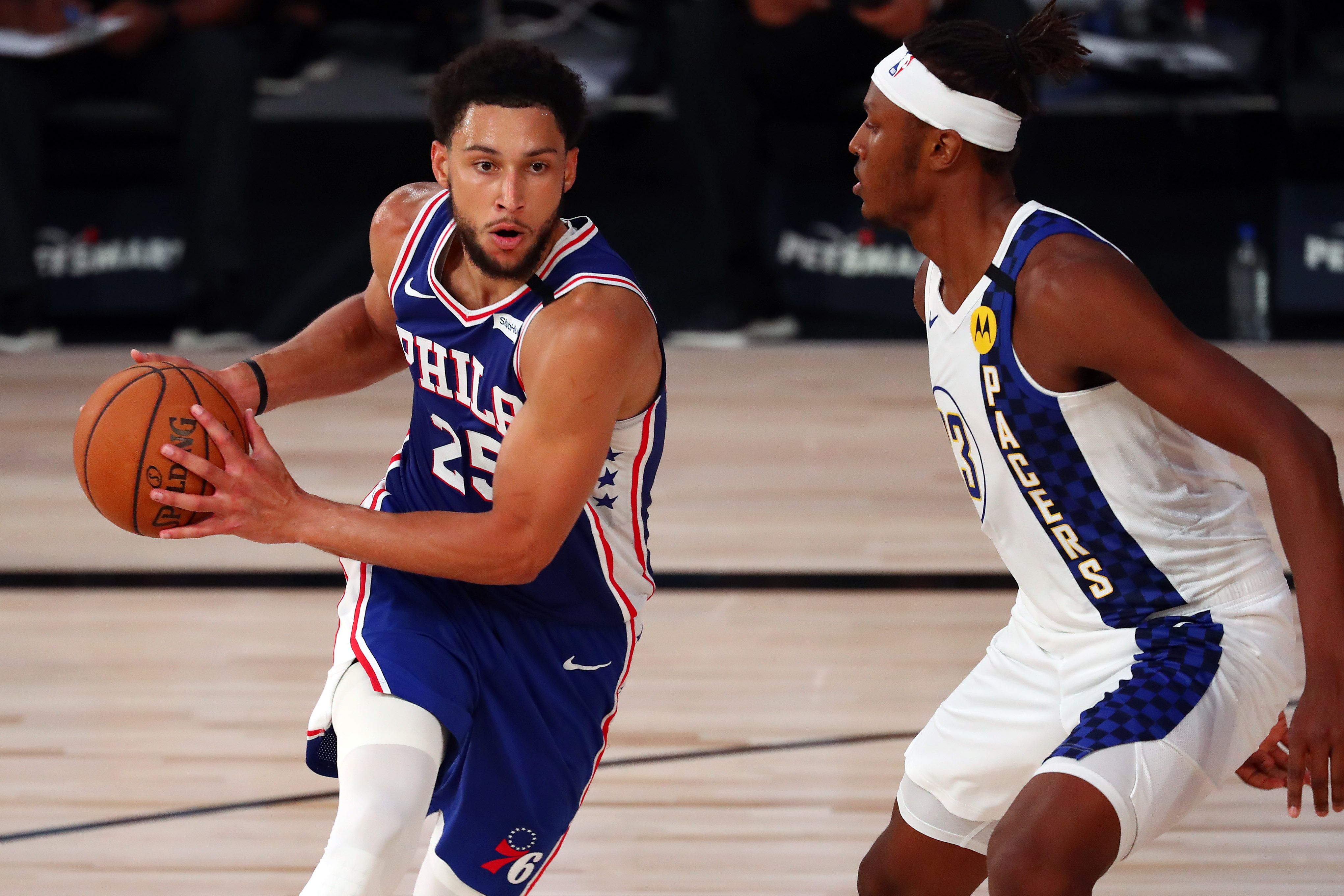 Meanwhile, the proposed blockbuster deal would be only worth exploring for the Clippers if they no longer believe that George is the player that could help Kawhi Leonard end their title drought. By sending George to the City of Brotherly Love, the Clippers would be acquiring a younger All-Star who would address the major backcourt problem in Simmons, a talented prospect in Maxey, and future draft assets.

If they want to further improve their supporting cast around Simmons and Leonard, the Clippers could use Maxey and the draft picks as trade chips to land another quality player on the trade market.

- September 21, 2021
0
STATE pension payment issues have plagued the Department for Work and Pensions in recent months, as the Government detailed around 134,000 pensioners have received...